PopulationSim should be run when there are changes in the population in the regions' MAZs and TAZs. For example, if additional households are added to an MAZ, the user should run PopulationSim again to account for that change. The following steps illustrates how to run PopulationSim. The video webinar also demonstrates the process in detail.

The user should update the control files according to the changes in the population. For example, if there are 100 additional households in MAZ 1215, then the user should open the nftpo_microzones_2015.csv file and add 100 additional households to MAZ 1215. The user should then edit update_controls.S script to point to correct directories and files to update. The user then should run update_controls.bat file by double-clicking. The control files should now be updated. 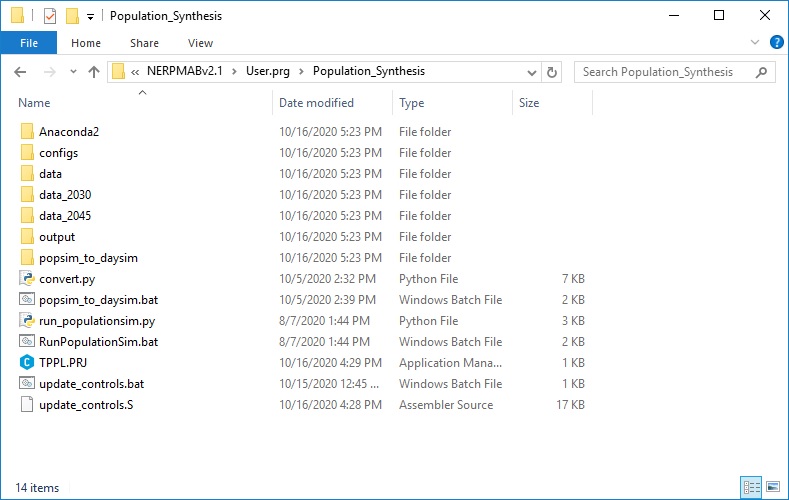 PopulationSim is run from a batch file named RunPopulationSim.bat. Once the user has updated the control files, the user should open a command window in the Population_Synthesis directory and run the batch file as shown in the figure below.

The primary outputs of PopulationSim are the synthetic_households.csv and the synthetic_persons.csv files. These files need to be reformatted before they can be used by DaySim. There is an python script that performs this conversion. This python script is called within a batch script. The user needs to run this batch script to perform the conversion. The training document demonstrates how to run this script. 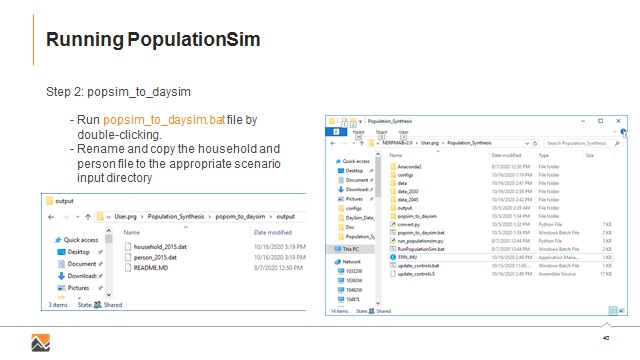