The NERPM-AB catalog has a Master scenario, and scenarios are hierarchical in nature. From the Master, you can create scenarios that will appear as children of the Master. A child may be considered as a variation on its parent. You can also create children of the preexisting scenarios, such as Base2015.

A child scenario will inherit key values from its parent. For example, a catalog may have some keys, one of which is named “Year.” This may be set to 10 in the Base2015 scenario. If a new scenario “New Road” is created as a child of the Base2015, then the new scenario will also initially have a value of 10 for the Year key. You may then edit the “New Road” scenario, updating the value of Year to 15. You may choose to update some of the other keys of the scenario, or you can leave them the same as in the Base2015. Running the “New Road” scenario will substitute the value of 15 into the application for the Year key, giving new results and providing a comparison with the base situation.

• To add a child scenario, click Add Child on the Scenario ribbon tab. Or, right-click under Scenario in Scenario Manager and choose Add Child.

An Edit Box opens where you type the name of the new child scenario. To cancel the operation, press ESC. To complete and save the name entered, press ENTER.

After the name is entered, the Scenario Properties dialog is displayed to allow entry of the scenario code, and then the Edit Scenario dialog will also be displayed. This allows entry of the key values for the new scenario. An additional modification has been made to NERPM-AB so that the first step of the model process is to copy all of the input files from the parent scenario in the child’s input directory.

If roadway network changes are needed for the new scenario, or a new year is being used, then a new alternative should be created in the Master network. This is needed because NERPM-AB uses a single master net file for all scenarios. The network alternative is specified by the scenario key values for Alt and Year. The Create an Alternative app in NERPM-AB can be used to create the needed alternative specific fields in the master network. Care must be taken in modifying the network to avoid making unintentional changes to other alternatives. Additionally, several files in the scenario input directory include the Year and Alt in their file name, so the names must correspond with the scenario Alt and Year keys. 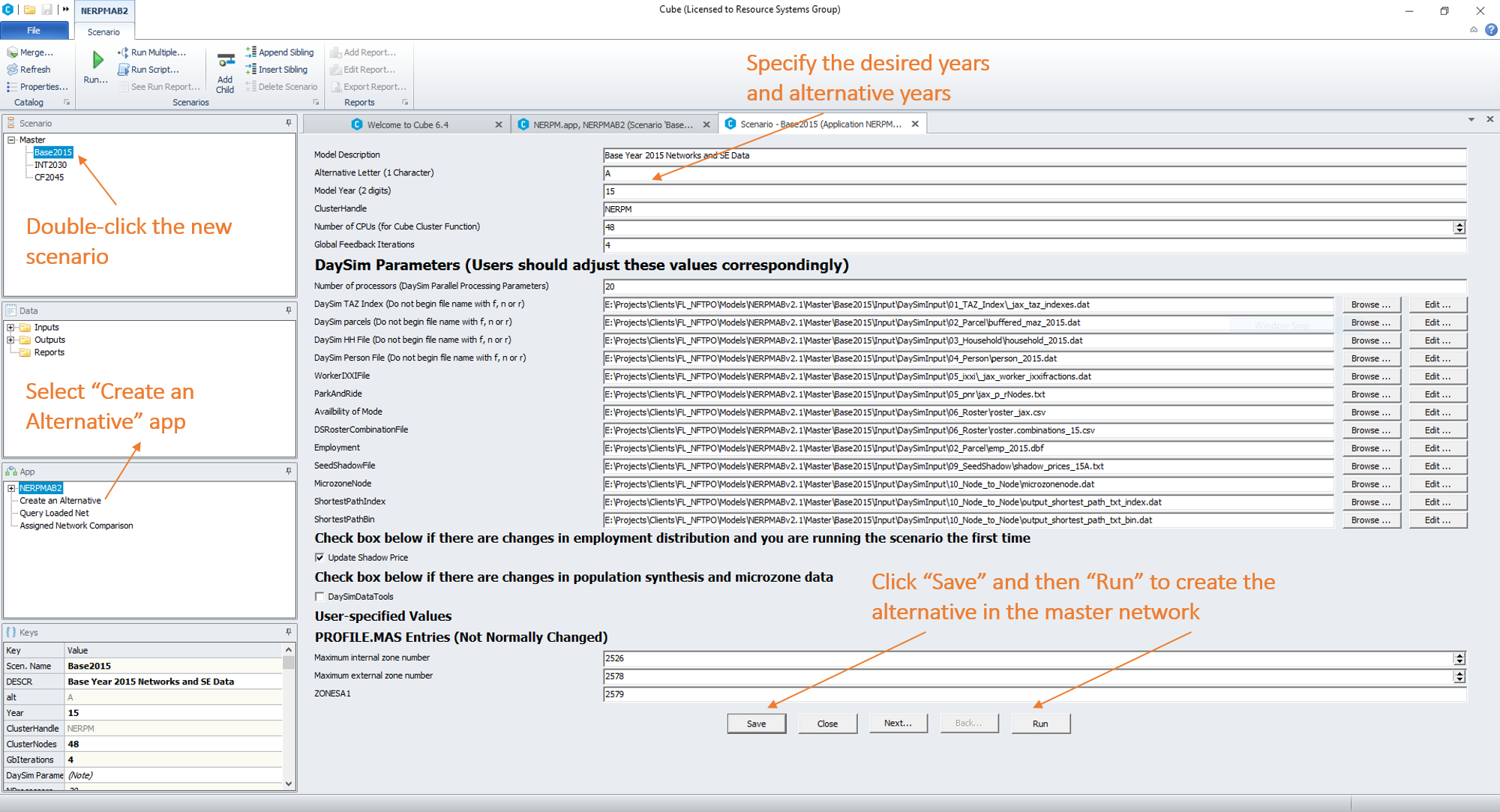